When Don Pollo approached Marstudio they were interested in ramping up their social media presence. However, after a brand assessment, it was determined that they were in need of a brand refresh to overcome some major challenges. One of the most pressing was the fact that there was another Don Pollo in the area that was using their name and their logo with no direct affiliation. So in order to set them apart from the other brand, Marstudio recommended a brand refresh so that they could distinguish themselves from the other restaurants. In addition, they were in the process of expanding in the region so this was the best opportunity to help solidify them as one of the region’s fastest-growing fast-casual Peruvian-inspired cuisines.

We knew from the onset that the name was going to remain the same. Therefore, we embarked on designing a new monogram that paid homage to their old logo but made it so much more conceptually sound and meaningful. Their newly designed logo now appears as the letter D which stands for their name while doubling as the opening into their roasting oven. The chicken iconography was refined while maintaining the elements that made the original concept iconic. This brand refresh was carefully executed to leverage their existing brand equity but give them an entirely new look and feel that would allow them to easily distinguish themselves from the competition.

As the new brand was being solidified we also planned the redesign of Don Pollo’s website and our talented graphic designers went to work to leverage the logo’s new colors and visual language into their new web design. Of course, no web design is going to be impactful without amazing photos. So we scheduled multiple photoshoots and shot all of their foods for their online menu. Now they have gorgeous food photographs that could be used in their print collateral, social media, and online advertisements. As part of the brand expansion, we also designed a new trifold menu, corporate identity, and social media graphics. Overall the rebranding initiative was amazingly successful and has created an amazing buzz for their expanding restaurant chain. 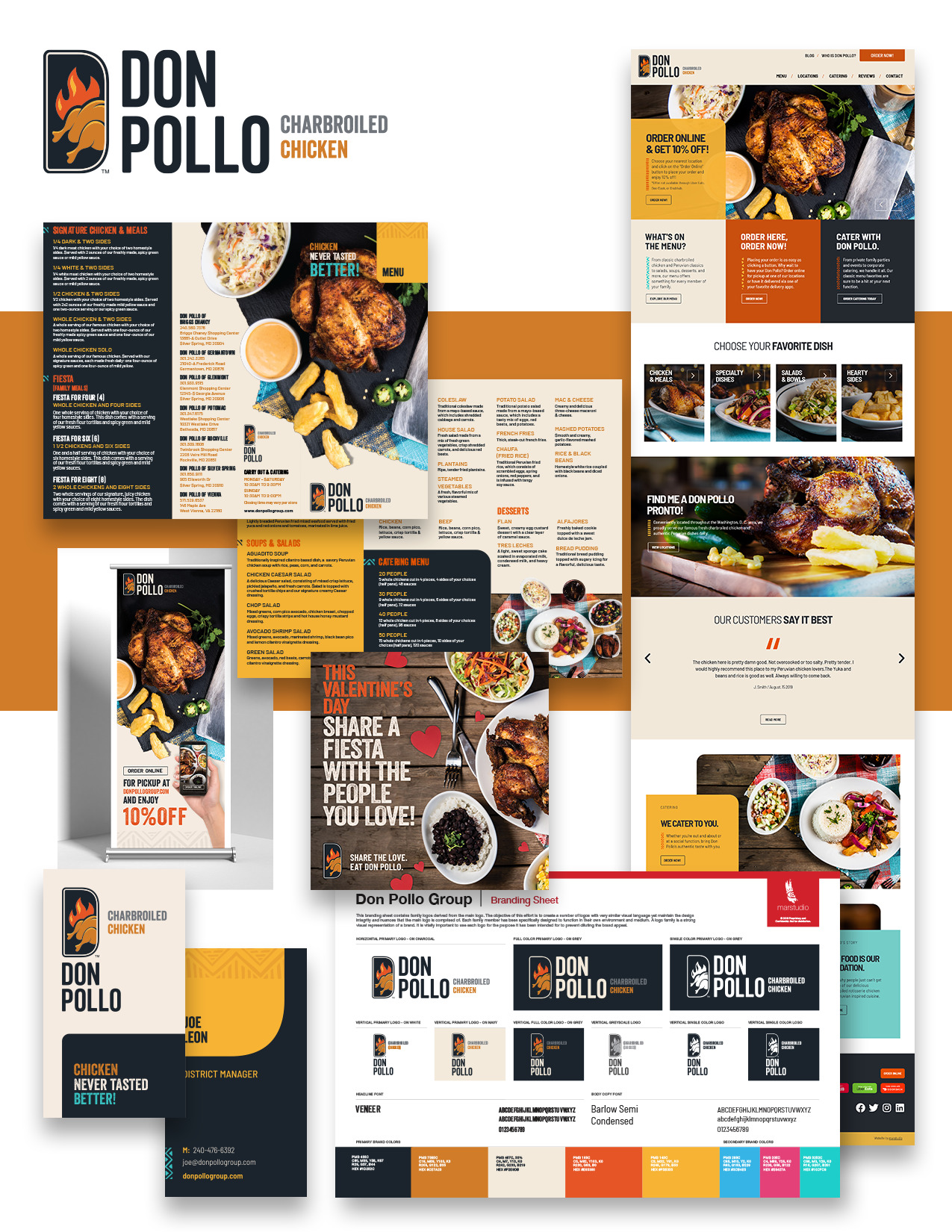 Warning: Use of undefined constant php - assumed 'php' (this will throw an Error in a future version of PHP) in /home/customer/www/marstudio.com/public_html/wp-content/themes/kraken/single-case_study.php on line 68