Starting this week, you may see ads on the backs of buses encouraging you to “Be like Jill” or “Be like Bob.” These are part of an advertising campaign that Marstudio created for WTOP Radio, the Washington area’s top news, weather and traffic station.

Marstudio has been creating the WTOP bus tail ads for the past several years, and this year’s campaign is a bit different from past versions. While previous ads have been more text than illustration, this year WTOP wanted to include imagery while still retaining the visual impact of the text ads.

To create a memorable marriage of graphics and text, our team at Marstudio pulled from a popular meme, “Be like Bill,” which follows the pattern “Bill does X. Bill does Y. Be like Bill.” In the ads, Jill and Bob both listen to WTOP and as a result avoid traffic or stay dry in the rain. 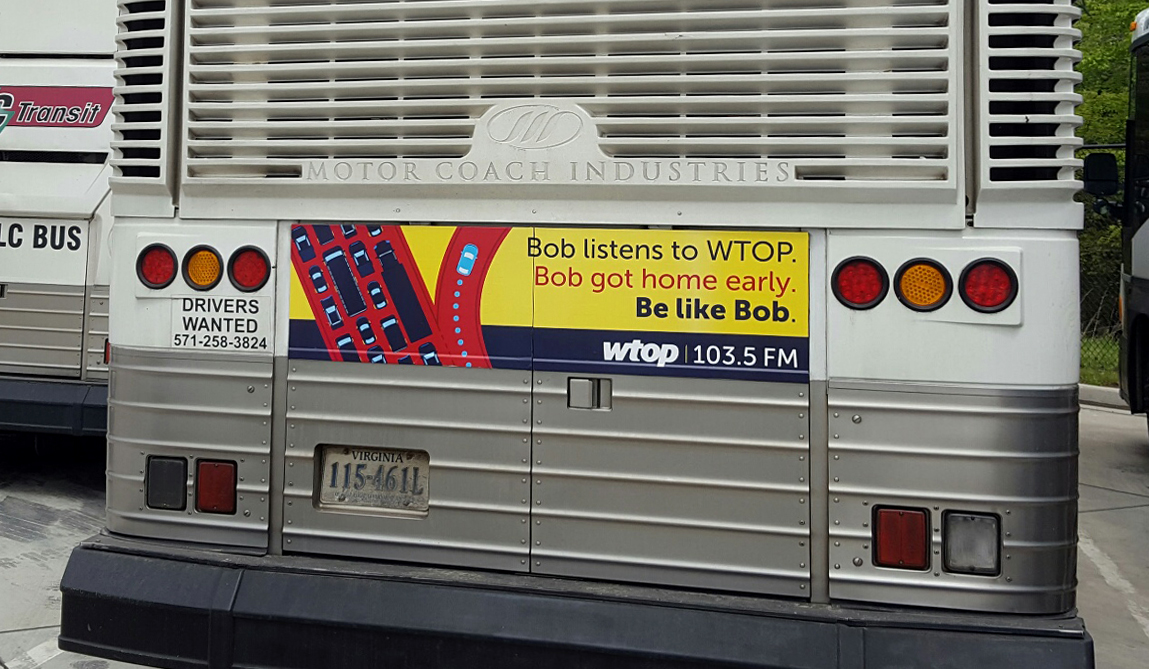 By keeping the color scheme simple and adding just a pop of color to Bob and Jill, we made sure that the ads are eye-catching, direct, and easy to take in at a glance. In the words of Graphic Designer MaSara M., “You want people to get it really quickly. You don’t have much time to get the punchline.”

The Marstudio creative team collaborated heavily to come up with the final product, with one member contributing the concept, another the visuals, and the third giving input and overseeing the process. According MaSara, “This project was a good marriage of how idea and design came together.”

The team lead, Carlos G., added, “As we grow, we have more people brainstorming and get more ideas. I think this was really successful.”