When WTOP, “Washington’s all-news radio station”, approached Marstudio in need of a bus advertisement that went above and beyond the accepted norm in the Nation’s capital, we dove headfirst into our research.

It is well known that the most important aspect of mobile advertising—as with other forms of advertising—is engagement. The challenge becomes how to engage an audience in the few seconds granted by a moving bus. The four general content categories that are typically used universally because they produce instant impact are sex, mind teasers, tragedy, and humor.

From the four, you must choose the one most appropriate for your client and for the project. In this instance, sex and tragedy were dismissed as distasteful and inappropriate for the client. A mind teaser was discussed, but it was ultimately decided that humor would be the best medium to communicate WTOP’s message. Humor is a universal language, and in this case we wanted to use it to alleviate the rush-hour tension that comes with DC’s excessive congestion. It’s no secret that commuters in our area could use a healthy dose of laughter during their daily commute to and from work.

During our observational research, we found two fundamental elements lacking in the other bus ads we encountered:

Armed with this knowledge, we embarked on the design process.

The messaging needed to be short, compelling, and easy to read and digest. Marstudio developed a series of clever one-liners that advertised the benefits of listening to WTOP in a way that commuters could relate to, specifically in the DC Metropolitan Area. They ranged from workweek concepts like “More Regular Than Your Coffee Break” to PSA-like phrases such as “It’s Safer Than Checking Your Phone Every Ten Minutes on the 8’s”.

Through collaborating with WTOP, we refined, clarified, and eliminated until we had arrived at the final two one-liners:

The first resonates with everyone who has been stuck in traffic and succumbed to gridlock-induced anger, while the second jokes about the water cooler-talk that is imminent in most offices.

The bright color combination attracts attention while the clean, crisp type that dominates the design is able to deliver the message without distraction. The tagline “You’re welcome”, located at the bottom of each one-liner, is a cheeky reminder to the audience that they are getting all these benefits for free. The logo and frequency are positioned on the right side of the ads to raise brand awareness and urge viewers to turn their dials to the WTOP frequency. 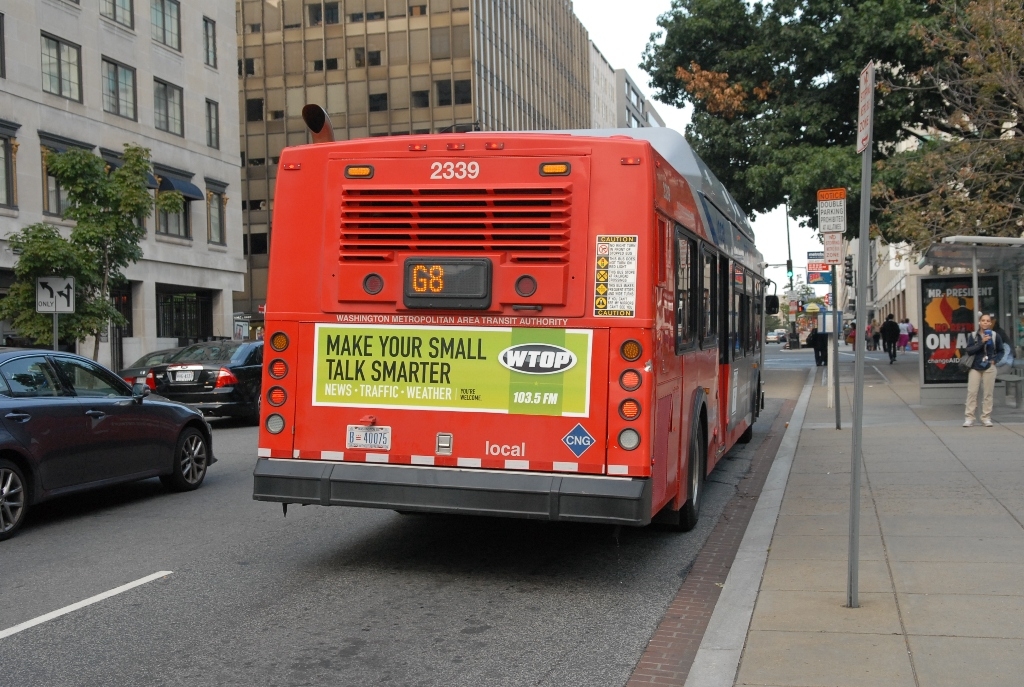 Keep a look out for one of these advertisements on a bus near you! Just a hint: looking for these new bus ads may help you in the upcoming Marstudio Contest and Giveaway!