In the world of marketing, the possibilities are seemingly endless when it comes to coming up with ways to sell your product. Each approach is unique, and companies have even been able to construct methods to sell products based off sounds and smell alone. For It: Chapter Two, Warner Brothers utilized a cool and unique technique to hype up their movie: “Immersive Experiences.”

It: Chapter Two is a follow up to 2017’s It based on Stephen King’s novel of the same name. The story takes place in the fictitious town of Derry, Maine where a murderous alien clown feasts on children. The sequel picks up where the first one left off, following the 7 children of the “Losers Club” into their adulthood as they face off against Pennywise the Clown once more.

Horror movies thrive off audience reactions and their ability to delve into the world of the film. So, in order to make this story a tangible reality for fans, Warner Bros. constructed a funhouse based off a scene in the film. Just as Bill fearfully wanders into the funhouse in the film, fans have the opportunity to do the same, surrounded by mechanics and props to make the experience all the more real.

“The It Experience” featured multiple themed rooms, props, and sets, each directly inspired by scenes from the movie. As visitors were guided from one room to the next, actors would play out scenes and characters to enhance the experience. Even the trucks delivering materials to the set were decorated as if they were a part of the show, delivering props to the Derry Carnival. The ads playing portrayed Derry as if it were a real town, further engaging audiences into the chilling and exciting world of It. It’s no wonder the “It Experience” sold out so quickly.

No, not every business can reasonably engage in an “immersive experience” to market their products, but there is an important takeaway from the process of this kind of marketing: Engagement is key. Making your audience feel at home with your product, bringing out emotions in them, and creating a rapport between seller and consumer is integral in marketing.

You don’t need to build a funhouse to immerse the consumer in your world, you just need the right approach. If you want to devise a new marketing strategy to better reach your target audience, Marstudio can help. Call us today to set up a consultation to discuss marketing needs. 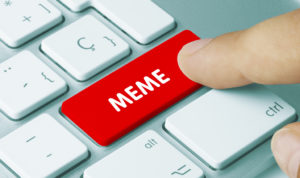