Remember in high school when your friend Liz suddenly wanted to be Elizabeth because it sounded more mature or Daniel Johnson wanted to be D-John because it was his new artist name? This desire for change happens a lot to people in their teens and twenties; as they change or mature, they want their name to reflect that change. No more Liz or Lizzy, and no more Danny or Daniel – they now introduce themselves as Elizabeth and D-John to their new peers. But the change to Elizabeth can stick and be rewarding moving into a professional career, while a name like D-John may not have the same benefits. The reality is, there are good name changes and bad ones, and the difference is what went into making the decision. The same factors that you consider for your own name change should be considered for your business too. But there are clear do’s and don’ts to changing your name, and history is the best lesson for those.

Do Change Your Name for Memorable Branding

If your name is too long, making your name shorter may have positive brand and marketing implications. People can remember shorter names more easily, and it is much easier to type URLs that are shorter. In the late 90s, Federal Express changed their name to FDX Corp. Only a couple years later, they changed it again to reflect the new services they now had acquired through acquisitions. Along with their new name, FedEx, they also created new branding. Federal Express became FedEx Express, RPS (a small-package ground service) became FedEx Ground, and their other services were named similarly. This made it easy to combine the companies online under one short, easy-to-remember URL along with the introduction of a now iconic logo.

Language is an ever-evolving organism and keeping up with it can be difficult, but if you are doing a name change it is essential to research and find associations you may be unfamiliar with. Using an online resource such as Urban Dictionary can give you enlightening information about current slang. If your company or brand may go international, you should also check with language experts. When Chevy began marketing the Nova in Spanish-speaking countries, they soon discovered that “no va” means “no go” in Spanish – not an ideal name for a car. A small amount of research could have helped them avoid this situation altogether.

Do Change Your Name for Expanded Services

Often, long names are important for differentiation and describing what the company does. For example, our client Moby Dick House of Kabob has a longer name because the descriptor creates division between their restaurant and the famous book. But sometimes these long names can become limiting if more services start to be offered. Anderson Consulting switching to Accenture and Kentucky Fried Chicken becoming KFC are good examples of a name change because of a change in services. By creating a unique name that sounds like Accentuate, Accenture emphasizes the benefits they offer as a potential partner, not just a consultant. By removing “fried” from their name, KFC could emphasize other menu items and remove the negative connotations of fried food.

Don’t Change Your Name Based on One Product

Although these previous examples of name changes have been successful, there are also examples of less-than-successful name changes. Research in Motion (RIM) changed their name to Blackberry, the name of their flagship device. However, when consumer confidence in the Blackberry device changed, the company suffered as well. Imagine if Apple changed their name to iPod Co. That would not have evolved well with time. Changing a company name to something so specific can limit flexibility moving forward, hurting sales.

Do Change Your Name Because of Unfavorable Circumstances

Another reason for a name change might be if a company’s name becomes unfavorable due to outside circumstances. For example, pre-2001 there were several companies called Isis, a name that recently has become taboo. Getting rid of this association presents itself as a favorable opportunity to update your name and avoid bad press and connotations.

Don’t Rush to Change Your Name

Even when a name becomes unfavorable, a name change should not be considered lightly. There are marketing measures that should take place first to see if the association can be alleviated or reduced. Sometimes just waiting may be the best option. When the Islamic State first became an issue, Lexus considered renaming their IS car. However, as time went on and it was clear that people would use ISIS or Daesh, not IS, then the name of the car became a non-issue. The time and money that Lexus would have spent renaming the car or creating a new line would have been used unwisely, but their patience resulted in the saving their resources.

Do Engage an Outside Firm for Strategic Direction

Before considering a name change, it’s important to engage an outside branding firm. People within a company are often too close to the existing name and tend to think more about what they want the company to be called, as opposed to how that name might be perceived. A firm like Marstudio can provide comprehensive research, including focus group testing, that will result in a much smoother and more reliable process.

Your company’s name is clearly an important part of your brand. Although there are no hard and fast rules about when is a good time to rename, any changes should be carefully considered and researched. Knowing how to approach this major change to your company’s identity can save a lot of marketing dollars and reduce the risk of a bad naming decision that could hurt your company’s future. If you have any questions about naming or name changing, and how it can affect your brand, don’t hesitate to reach out to us. We would love to assist you in this process. 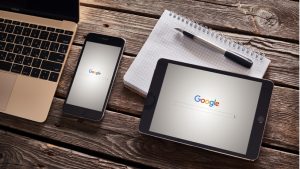 If you’re going to change the logo…