In an anthropological sense, the word “meme” (as coined by Richard Dawkins in 1976) is defined as a sharable cultural artifact which rapidly spreads through a culture. With the rise of the Internet era, memes certainly have spread like wildfire, consistently topping Google’s search statistics. With the incredible popularity of Internet memes, it’s no surprise that brands want to jump in on the fun.

Who Does Meme Marketing Appeal To?

Millennials and Gen Z’ers spend over 200 minutes online every day. A good chunk of that time is spent on social media, curating and sharing memes with friends. Coincidentally, they are also the demographic many markets find challenging to reach through traditional advertising memes. Gen Z and Millennials tend to skip commercialized content or advertisements. However, many brands have found success appealing to these younger generations through non-traditional meme marketing. For example, the restaurant chain Denny’s created a huge footprint on social media through its meme-able content, gaining exposure with Gen Z and Millennial consumers.

Older consumers aren’t targeted quite as much through these marketing memes, but that doesn’t mean they don’t still have reach. Think about it this way: would you rather share a humorous picture about Starbucks or a 300-500-word article about the updates to Starbucks’ menu?

For younger consumers, staying on top of the latest trends is almost a full-time hobby. They can namedrop memes like “Spider Think” or “what if we kissed,” actively producing content for these searchable trends. When the Area 51 meme hit, brands began to push content tying their product to the meme, knowing full well it would reach exposure with the younger generations.

Us: We're going to raid Area 51! There's some suspicious stuff going on over there.
Area 51 Aliens: pic.twitter.com/kj0rS8sGyi

For companies like Funyuns, Burger King, and Oreo’s, this kind of specific marketing makes sense. People of all ages enjoy those products, so, when they make a joke post like this, it gains exposure through a large portion of their target audience.

However, for companies that have a more defined target demographic, this approach needs to be refined. While something so niche like “storming Area 51” may be lost on a good portion of your consumers, other jokes may not be. For example, Marstudio was able to create relevant memes this April Fool’s by riffing off the “graphic design is my passion” joke.

Additionally, there’s no rule against creating your own meme. In their simplest form, memes are images with humorous text, something that is very doable. Heinz is a perfect example of how this approach works. When the condiment brand wanted to increase its brand awareness and social media engagement, it worked with Memes.com to create a meme marketing campaign. Their goal was just to create 1 million impressions, but they ended up gaining over 4 million impressions.

Can This Work for Me(me)?

As previously mentioned, meme marketing relies on knowing who your target audience is. If you primarily appeal to older generations, it’s possible to market using a sense of humor which appeals to a more mature base. However, this does have its limitations. Not every business is Heinz or McDonald’s, after all. For some companies like medical practitioners, creating humorous material may not be the most appropriate approach.

Meme marketing can be great for social media exposure and engagement but is not the sole form of marketing that companies should use. However, if you are interested in exploring the possibilities of using humor or Internet trends in your social media marketing, Marstudio can help. Call us today to set up a consultation to discuss potential fun marketing ideas. 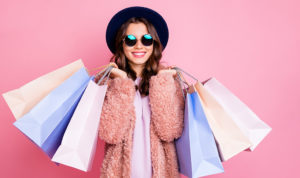