I was watching Comedy Central this weekend and I noticed that something was a little off. The small logo on the bottom of my TV screen had suddenly changed to a copyright sign. I wondered a little but then it dawned on me that it was the new logo for the network.

Apparently this branding change has been in the works for quite some time. The last time Comedy Central redesigned their logo was a decade ago and now they have a brand new one that resembles the copyright sign. It seems like that move was intentional, for all their new branding videos and graphics attempt to use the logo the way a copyright sign is used. Comedy Central practically is copyrighting everything if you think about it. The main impetus behind this design move apparently is to create a symbol similar to Facebook, Twitter and other popular online brands and make it stick and widely used by everyone. But is it a wise choice to design a logo so close to a widely recognized symbol such as the copyright sign? Hard to tell at this early stage. Good thing that Comedy Central is a TV network and can put their visual muscle behind it otherwise the logo would just disappear from people’s minds the second they saw it because of it’s mundane form.

I like the new overall brand direction though. It is very clean, sharp and colorful. The introduction video seems to take aim at introducing the logo as if it were an established brand. I guess time will tell whether this design direction would pay off or not. 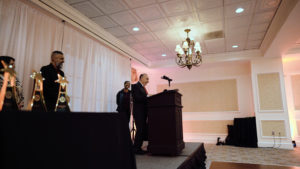 Marstudio Wins Business of the Year