By now you have heard about Beyoncé’s latest release. BEYONCÉ, a self-titled visual album, dropped in the early hours of December 13th. The album was not preceded by any kind of marketing push, and everyone is talking about it. Typically a pop star’s new album is supported by a multi million-dollar marketing campaign which is implemented prior to the release of the album in order to generate buzz. The release date is announced months in advance, singles are played on the radio, accompanying music videos are shown on television, and promotional efforts including TV appearances and performances are scheduled. This is the music industry standard, followed by several female pop stars in 2013. Then, right before the new year, Beyoncé boldly defied the industry norm by releasing a “surprise” album the same day it was announced, and the whole world took notice. Facebook mentions spiked and the Twitter universe exploded with 1.2 million tweets about the album in a 12 hour period. According to Apple, BEYONCÉ is the fastest selling album ever on iTunes with 828,773 albums sold worldwide in its first three days. It has climbed to the top of the charts, reaching #1 in 401 countries. The album broke iTunes’ first week album sales record in the United States with more than 600,000 sold, also marking Beyonce’s biggest sales week ever.

The unconventional tactic produced extraordinary results for Beyoncé, but there is a reason it is not a common practice among music artists: it doesn’t usually work. Beyoncé is unique in her superstar status and, more importantly, has an established brand. When Beyoncé announced her first solo album, Dangerously in Love, it was promoted by traditional means. Singles were released, the album was put on pre-sale, and potential buyers were enticed with special promo codes. Since then Beyoncé has released three more albums (not including the Visual Album) which were all backed by even more extensive, but still traditional, marketing efforts. The energy and money that was channeled into the promotion of Beyoncé’s previous albums has helped establish her brand. An established brand has many benefits, including the generation of consumer loyalty. In the music industry, that consumer loyalty translates into a devoted fanbase. Over the years Beyoncé has amassed a very large and very loyal group of fans who are waiting and watching for any new releases.

In 2013 Beyoncé went on a world tour, performed during the Super Bowl XLVII Halftime Show, and sang for President Obama’s inauguration. Although these events did not promote a specific album, they promoted Beyoncé’s brand, grew her sphere of influence, and kept her in the foreground of our minds. For these reasons, Beyoncé was able to release an album without any prevoius marketing and set iTunes selling records. 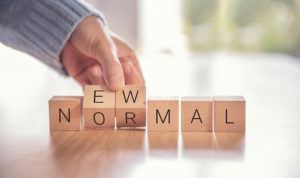