In 2015, two projects really captured the entire Marstudio team’s attention. One was done by Pentagram, and the other by Michael Beirut, who happens to be a Pentagram partner.

Here’s a look at the two design projects: 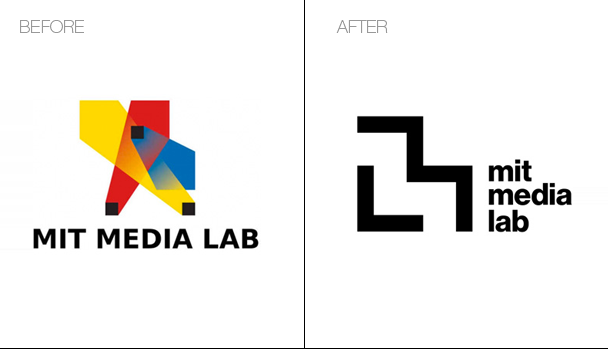 The MIT Media Lab is a very unique department at the storied university. It encourages “the most unconventional mixing and matching of seemingly disparate research areas. It creates disruptive technologies that happen at the edges, pioneering such areas as wearable computing, tangible interfaces, and affective computing.”

Pentagram was brought in to create a new visual identity for the lab, which, as you might surmise from the above description, is actually composed of many projects. The Media Lab’s original logo was really confusing, because you could not tell which logo belonged to which project.

Pentagram created a unique logo based on the original grid system that shaped the old logo. The grid was then used to create glyph-like logos unique to each project. Each logo is composed of the project’s initials, and they’re all a derivative of the MIT Media Lab logo. The versatility of this project, and how it could be transformed, served as our inspiration when we were working on a similar project for AstraZeneca. 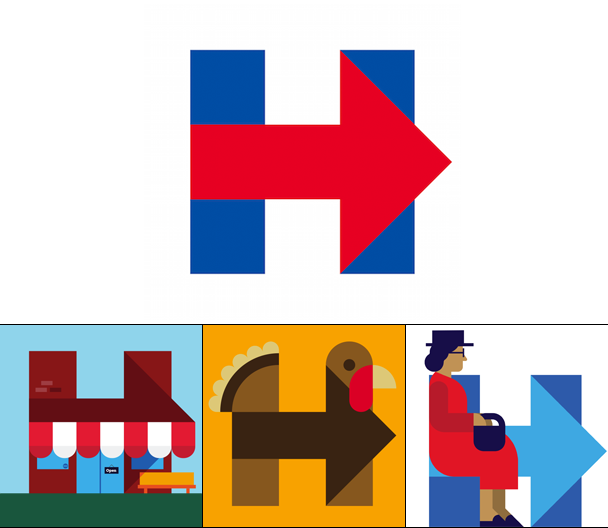 If you are not a fan of Hillary Clinton, bear with me, because her campaign’s logo is deceptively simple, yet ripe with hidden clues and meaning, some intentional and some left to the viewer’s imagination.

As you can see, the campaign’s logo is an H with an arrow that moves from left to right. This has several meanings. It indicates progress, forward movement and that she’s more moderate than you might expect. The beauty of this logo is that Pentagram made it her campaign’s brand rather than just a symbol.

Additionally, it’s a transformational logo that is used for each marketing channel and communication medium. For Thanksgiving, they turned the logo into a turkey. For Small Business Saturday, they changed it into a storefront. Some transformations were more controversial that others, but you can’t deny Pentagram’s genius in planning everything out and making sure that they stay on top of the campaign’s appearance and message throughout its life cycle.

This is why I – and so many other creatives – admire Pentagram’s work. Pentagram doesn’t just design a logo – they design a strategy of how to use the logo so it’s most effective. This is very difficult and labor intensive – and when it works, it’s sheer genius.