How do you turn staid, conventional industries into appealing, engaging prospects for customers? No question, this is one of the hardest things for marketers to tackle. With industries that aren’t very inspirational but are necessary – insurance, medical devices, and lawyers come to mind – marketing is all about narrowly defining your target audience so you can find brand messages, appeals, and imagery that they’ll respond to.

Humor Is Universal and Talking Mascots Are Appealing

We’ve seen examples in the past two decades of excellent audience engagement from insurance companies. Progressive has built an entire series around Flo, a fictional insurance salesperson, and everyone knows the Geico animated gecko – a character created to address a shift in audience demographics. The story goes something like this…

When Geico auto insurance wanted to expand their customer base beyond government and military customers, they found that older drivers were most likely to stay with their long-time insurance companies. They decided to target 24-40 year-old’s, a demographic with a profile of being open to new things. According to AdWeek, in 1999, Geico’s VP of Marketing gave the go-ahead to produce and air a wacky 15-second commercial with an animated gecko – and a star campaign was born. Before the release of the commercial, in 1996, the company was ranked seventh in the nation among car insurers. By 2007, according to Advertising Age, Geico was the fourth ranked car insurer in market share but number one in new customer acquisition.

All of that success can’t necessarily be traced back to the gecko mascot. But the choices made to tightly target an audience and then market against public perception of a sedated industry clearly played a huge part.

Find Imagery that Resonates with the Audience, Not Just the Business

One example of needing to play against type that we’ve seen at Marstudio is a divorce law firm. How do you brand an industry that makes profits from people who are facing one of the most difficult times in their life?

When the client, Shah & Kishore Family Law, came to us, their brand image was playing directly to that misery – they had a website that included troubling images of angry people facing off against each other, people crying, and someone sitting hunched over with his head in his hands.

We said, “People who come to your website already know they’re miserable. What are they looking for to help them out of their misery?”

After researching the target demographic, we developed a strategy that changed the tone of the law firm’s marketing. We changed brand imagery to bring a softer, advocacy side to light. On their website and collateral materials, we created a prominent image of happy children playing in the foreground, with parents out of focus in the background. This gives the impression that everything will be fine. The accompanying tagline is, “Your advocates every step of the way.”

These changes created an appealing brand that engages the target audience and helps the firm stand above their competitors. Shah & Kishore Family Law’s brand image now reflects their business, helping families through challenging times to see a brighter future.

Marketing Brings the Charm to a Not-So-Alluring Industry

Sometimes companies have multiple audiences and there’s not one approach that will resonate with everyone. Sometimes the best you can do for a client is freshen up the brand, give it a more contemporary feel, and give it that extra oomph to increase their audience appeal.

When you can, though, narrow the target audience down to a select group or a few select groups. Figure out the audience’s psychographics, and identify an appeal that will speak to them. Then you can turn your story around to make your brand exciting, appealing, and – if you like – unconventional so that your brand charms your customer base. 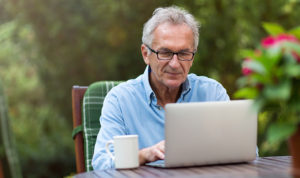