If you’ve been anywhere online in the last month, you’ve probably heard about Netflix’s smash-hit series Stranger Things debuting its third season. Already, the show has broken several records, continuing to reign supreme for the streaming platform. In addition to making waves in the TV industry, the show has managed to perfect a unique form of branding: nostalgia marketing.

If you’ve never heard of Stranger Things, here’s a quick premise: the show is a drama/mystery, centering around the town of Hawkins, Indiana. Weird things happen in Hawkins, including interdimensional monsters and kids with superpowers. Because the show is set in the 80s, Stranger Things is chock full of references to popular culture at the time. Expect references to E.T., Ghostbusters, Corey Hart music, Farah Fawcett, and lots of 80s fashion.

Another way the show pays homage to the colorful era it’s set in is through its marketing. For example, during the third season, New Coke made an appearance, referencing the controversy around the product’s release in 1985. To cash in, Coca-Cola started releasing New Coke again for a limited time, crediting Stranger Things. Since then, Baskin Robbins, Burger King, Eggos, H&M, and more have started to tie their own merchandise to the show, unabashedly embracing the 80s aesthetic.

Stranger Things struck gold with little to no marketing, utilizing primarily social media accounts to spread the word and generate hype. They created several posters that fit the visual aesthetic of many 80s sci-fi and horror movies, helping them build a massive following across social media platforms.

Do you know what your kids are watching?

Nostalgia sells and both Stranger Things and other companies have begun to capitalize on that. As one study conducted by the Journal of Consumer Research discovered, people spend more money when they are feeling nostalgic. Why? Because it helps them connect with the product and brings back fond memories. For generations who haven’t grown up with the product, there’s a strong appeal in the retro vibe. Nostalgia sells incredibly well with Millennials, who are the primary consumer at this point in time.

Nostalgia marketing won’t work with every company, of course. However, when used correctly, it can be a powerhouse tool in your arsenal. If you would like to discuss the potential of creating any nostalgic marketing items, Marstudio is happy to help. Contact us to set up a consultation. 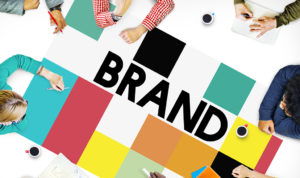 Personal Branding and Your Business